What are Portland's Best Bars for Football (NFL) Fans?

Share All sharing options for: What are Portland's Best Bars for Football (NFL) Fans?

It's Friday and time to hear from the crowd. Have a topic you'd like discussed among Eater readers? Send it here. 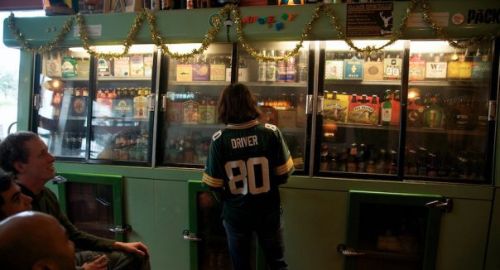 Well, that was fast: Football season is upon us once again, with NFL preseason games kicking off last night. So to prepare for the real deal — starting the first week of September — football-crazed cities across the Eater network are posing the following question: What are the best local bars for NFL fans? Maybe there's a neighborhood spot that serves killer food and drink specials during games, or perhaps there's a bar with a dedicated crowd before noon on NFL Sundays. And crucially, because Portland lacks an NFL team of its very own, if there's a designated go-to for fans of your team (like NE's Packers haunt Saraveza, above), do give it a shout in the comments.

As per usual, we'll round up the suggestions into a map of PDX's best football bars.
· All Previous Friday Open Threads [Eater PDX]

Salt & Straw Will Open Locations in Eugene and Beaverton