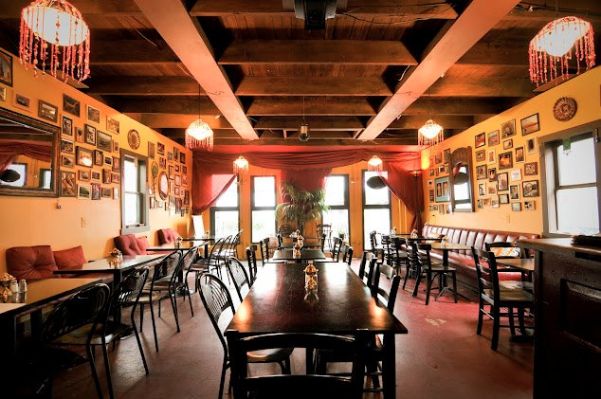 Robin Barnett has been involved in vibrant local beverage scene for almost 15 years as a barista, bartender, brewery employee, and wine distributor — and for the past six years, as server and beverage manager for Kenny & Zuke's trio of restaurants. Now the general manager of Kenny and Zuke's Deli Bar, she can be usually be seen these days tending bar at the new N. Williams space, that is, when she's not out pursuing her passion for traveling.

One late-ish night, after finding one restaurant after another closed on Alberta, I happened into Dar Salam. As cliche as it sounds, it was really like being transported to another place. Pillows on the floor, loud Arab music, and the obligatory grumpy old man surveying the whole scene in the corner. All there was to drink was ice cold Lebanese white wine, and the food was as good as anything my Middle Eastern fiancee's grandmother had ever cooked for us. Great falafel and even better shawarma with all the best sauces to dip it in, I'm totally hooked. Authentic, delicious, and actually fun, they totally nail it.