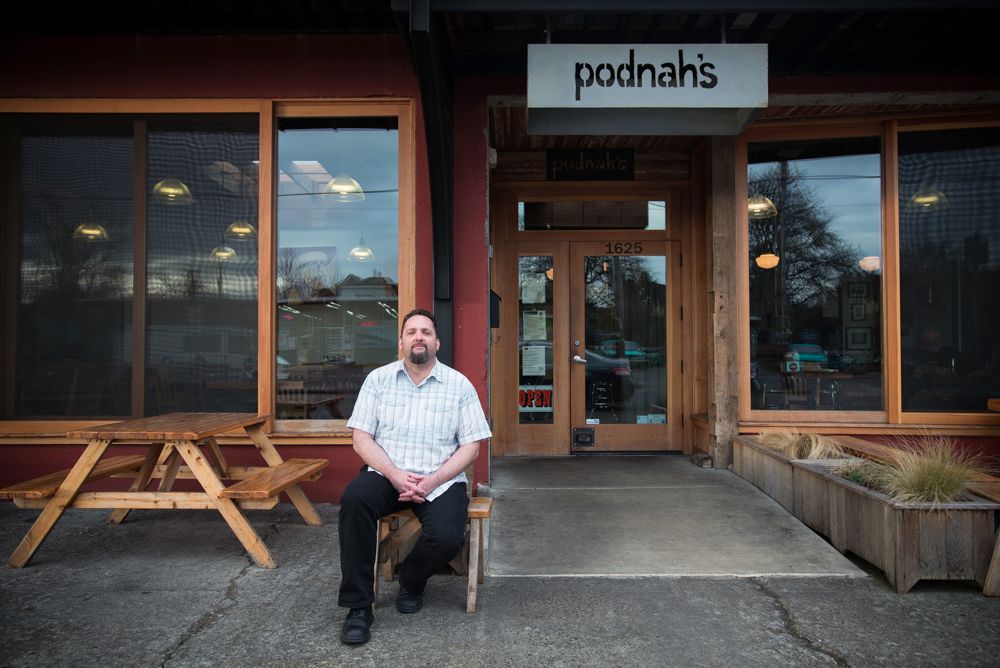 Since its brick-and-mortar debut in 2006, Podnah's Pit has doubled in size: It first occupied in a small space on Prescott (now home to Pok Pok Noi), then moved to its much larger building on Killingsworth in February 2011. But a bigger space doesn't necessarily translate into smaller wait times, as the barbecue joint's popularity has grown, as well. According to general manager Jeff Rain, in past two years he's been working for pit boss Rodney Muirhead, the wait seems to keep getting longer and the restaurant is packed for brunch and dinner hours alike: sometimes by folks right off the plane from Texas.

Here, Eater chats with Rain about the extreme passion that comes along with barbecued meats, the dry rubs and slow smoke of Texas-style, and his word on restaurant etiquette. Spoiler: Using the F-word won't get your order of ribs out faster.

It's 8p.m. on a Saturday. How long is the wait?
Any night of the week really, you can expect to wait. I mean, there are nights where you can walk in at 7:30 and get sat, but it is rare. And it seems to get more and more rare, which is good for us. Business is moving in the right direction. On weekends, you can expect 45 minutes to an hour-and-a-half [wait]. Sometimes we're on a wait until 2:30p.m. or 3p.m. from brunch, and then I've seen us on a wait at five o'clock again. It just depends on what's going on and how they roll into the building. You can never tell.

Is there an absolute worst time to come in and try for a table?
Oh yeah, 7:30p.m., especially Friday and Saturday. Now we have La Taq next door, a lot of people just roll over there, or wait in the bar. And you can be within 10 feet of the building with your drink. So, you can get a drink and stand out front. The best time to come, if you have the availability, is mid-afternoon on a weekday. Or really any day between 2p.m. and 5p.m., that's ideal — if you can come after 8p.m., you have a pretty good chance of not waiting. Which doesn't work for a lot of people.

In a nutshell, what's the definition of Texas barbecue?
Texas-style, generally speaking, you're going to have dry rubs, which is all we do: dry rubs, white oak, slow smoke, and just let it rip for a long time. Our ribs go four hours; 10 hours on our brisket; 12 hours on the pulled pork. They're served dry and sauce is on the side to add. That's Texas.

What was your previous experience with barbecue?
You know, not a whole lot. I lived in Louisiana for a few years where we had few good barbecue joints down there. Strictly, I was an eater of barbecue. I had no real experience, hands on, in the restaurant: Knowing how it's done, knowing the passion that's involved. And how passionate other people are about it, which is remarkable. You get people that come in, literally, straight from the plane from Texas or where ever they're coming from, and they drive here from the airport, and they let you know. Which is cool, that people have so much passion for their barbecue. So to answer your question, I had very little at the time, but I've been learning every day since.

It says on the website that "When the meat's gone, it's gone." Do you guys run out of meat very often?
Not too often. I'd say ribs are probably the number one thing. We serve 'em fresh. They're made all morning for lunch, and then they come off the smoker again for dinner. You don't want to overdo them or make too many. The kitchen is pretty good at timing it, and if we do have extra ribs, we take the meat and use it in our barbecue beans. But we try not to go overboard; you don't want to end up with 20 extra racks at night.

And throughout your two years working here, have you met some crazy barbecue fanatics?
Generally speaking, people are thrilled with the barbecue. Occasionally you get somebody that doesn't like the style: It doesn't mean we're doing anything wrong, they just don't like Texas style. They're Memphis-style [people] or they like Carolina. I've seen people bring in smoked fish they've done at home and want the staff to try it. Some people bring in their own barbecue sauce they've made. I've never worked at a place quite like that. It's cool to have that passion, from the guests, and the staff, and Rodney, it just kind of trickles down. 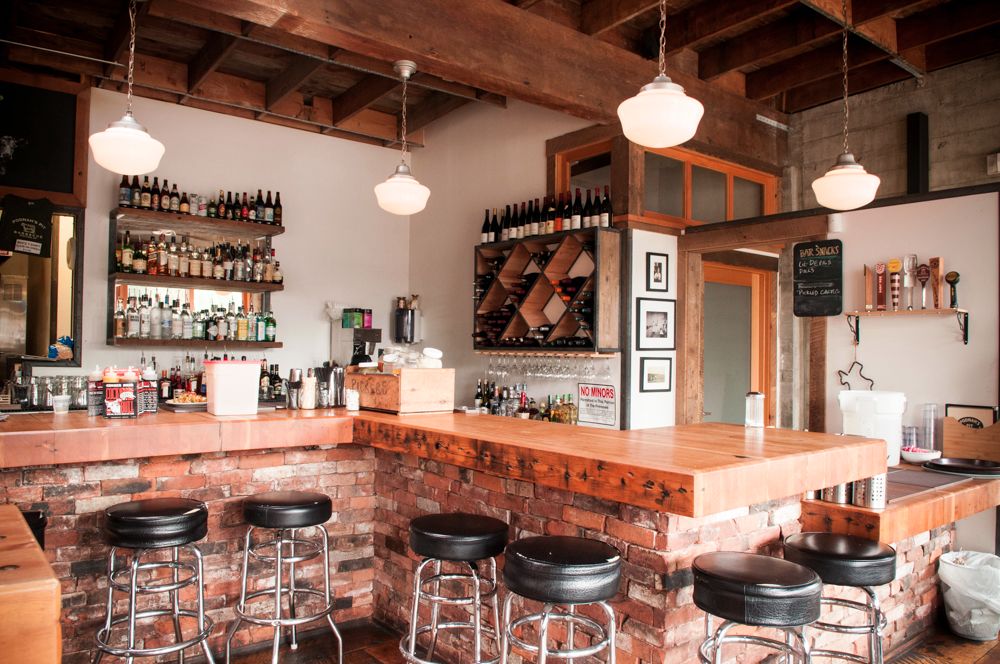 Do you ever get some wacky requests from diners, like someone orders ribs and wants the meat cut off the bone?
On occasion, people will ask for weird stuff like that. Some people don't like meat on the bone, which is a legitimate thing, I guess, but it's simply something we can't do. Or they want something without seasoning, and people just don't realize to do that, we'd have to start the ribs four hours ago. Or start now, and you can get 'em in four hours.

Have you ever had to deal with a particularly difficult customer?
We had a guest one day when food was running a little slow; there were a couple of new guys in the kitchen. I went and talked to this guy, and maybe he'd had a few: Nobody should act that way if they were sober, although some people do. I said, "I'm going to get that right out to you, sir." He said something like, "You F-ing better." And I said, "You know, now you've crossed the line. I'm not going to curse at you and I certainly wouldn't expect you to do that to me." I said, "I'm still going to get your food. And I'm still going to comp it, but then you guys can go ahead and leave." The table behind them clapped a little. I don't like to be in those situations; I'll talk to you all day and I'll be calm, but just don't cuss.

And how about your regulars?
We have a couple mailmen. These guys come in like three times a week. And I guess because they walk all the time they can maintain, cause if you eat barbecue every day you're going to put on a few pounds. But we have groups of regulars that come in, lunch and dinner; a lot of the smarter ones know to avoid the weekends, they pick their days during the week and they come at the right times. I couldn't guess the number of them. We have so many. I couldn't even tell you.

What is your ultimate meal at Podnah's from start to finish?
I would get a wedge salad with blue cheese dressing and bacon. Then I'd get our plato tejano, which is sliced brisket with tortillas, pico de gallo, roja sauce, and pinto beans. I love Mexican food and barbeque and that's just the perfect mix for me. For dessert I would have the banana pudding, without a doubt, and I'd probably have a margarita with spicy salt to wash it all down.

And finally, what's your most important Gatekeeper tool?
My main thing is that the guests get acknowledged quickly, at the front desk and when they are sat. If you sit there for two minutes and time it, by yourself, it seems like a long amount of time. I like for people to say, "We'll be right with you." Eye contact, acknowledge them, let them know you are on your way. Be aware of your section and what's going on.
· All Previous Podnah's Coverage [Eater PDX]
· All Previous Gatekeepers [Eater PDX]