Imperial's Brandon Wise on the Golden Age of Cocktails

Share All sharing options for: Imperial's Brandon Wise on the Golden Age of Cocktails 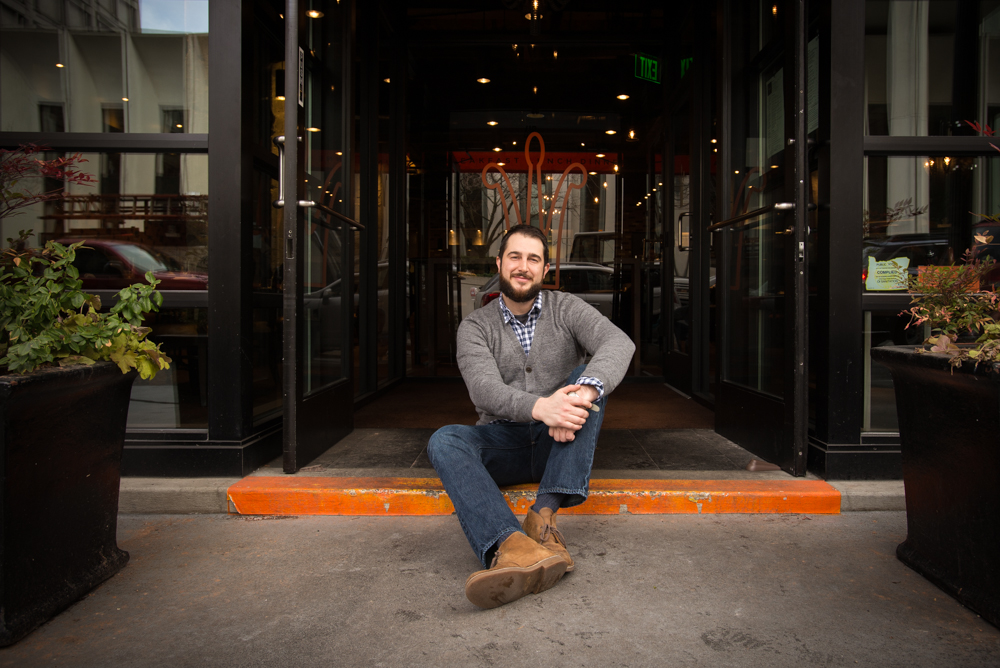 Thank Brandon Wise's father for the man we see behind the bar today. On Wise's 15th birthday, his dad told him to "Grab a nice shirt. We're going to go for a drive," Wise recounts today, thinking he was in for a special celebration dinner. Instead, they went to fill out job applications. Wise started with humble industry beginnings — working the dish pit at a country club — before moving his way up the ranks to server and bartender, and despite having only moved to Portland four years ago, Wise has become a well-known entity in the local bar scene (with stints at Irving Street Kitchen and former Beaker & Flask).

As current bar manager at Imperial, Wise showcases interesting spirits and uses culinary techniques in his cocktails, like radish gastrique, infused syrups with peppercorn and sage, and cold-smoked vermouth. He's a firm believer that the "devil is in the details" and it's the little things that impress his guests each time they belly up to his bar. Eater caught up with Wise to chat about the downtown bar scene, Imperial's ice program that's not kidding around, and cocktails with a punch line.

Do you remember your first shift behind the bar?
A bartender got sick — I was still a server at the time — and I raised my hand and said, "I can do it." I studied the Mr. Boston Bartenders manual religiously, and I knew the difference between a Godmother and a Godfather, how to make a Stinger, all the things that I thought were really important. And the first drink someone ever ordered from me was a "Flirtini." Which gave me pause. I asked the other bartender I was working with, "Is that a real thing? Is she messing with me because I'm the new guy?" And he's like: "I don't know either. Ask her what color it is." She said it was purple — so I made her a purple drink and it turned out I was pretty darn close. That was a different era of bartending, you know, pre-packaged sour mix was the norm, and where you could ask someone what color it was and make it work.

What is the state of craft bartending as you see it now?
We're at a really great point right now where, by and large, the community of craft bartenders has embraced the service aspect of things. It's evolved past the stuffy mustachioed, suspender-ed bartender who won't speak to you into someone who still cares about appearance, still cares about the craft, technique, and the execution, but also cares about the guest. Which I think is the most important aspect about what we do. In the golden age of cocktails, which we are in, we are at its peak right now, where service and technique are coming together. 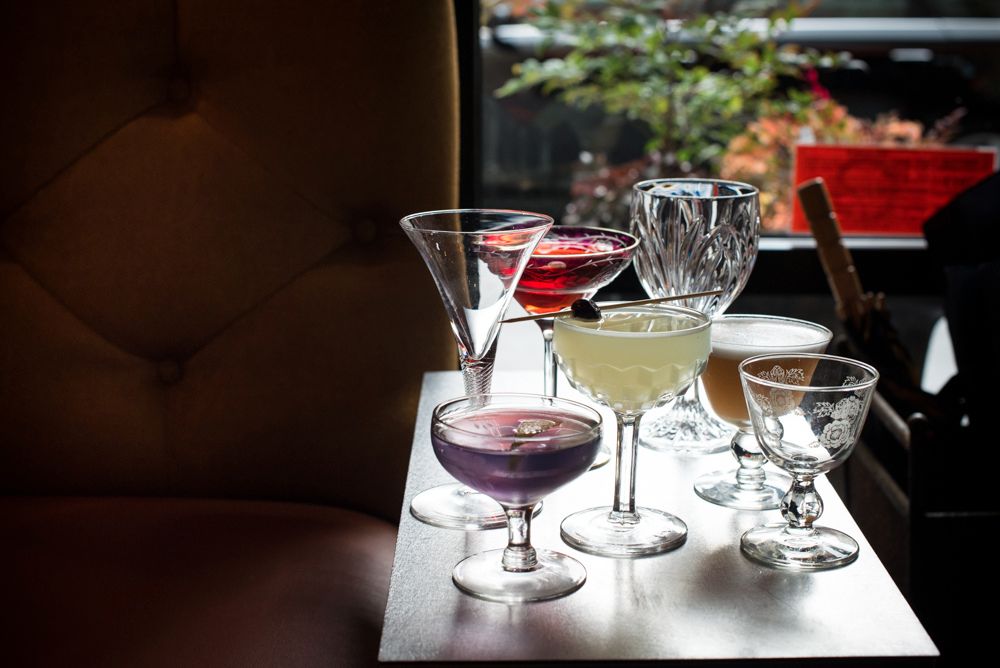 What's the most popular cocktail on the Imperial menu?
A cocktail called "New Money," it's a simple Manhattan variation. The title is a nod to one of the bartenders I respect most in the country, a gentleman by the name of Benjamin Schiller of the Berkshire Room in Chicago. He had a drink that he coined the "Old Money" which was meant to be evocative of that dimly lit, leather chair, cigar-smoking [bar], so this is kind of my own little spin on that style of drink. We picked out a single barrel of Four Roses bourbon, which we've found to be exceptional. We blend that with Nardini Amaro, an Italian digestif, and then we take Cocchi vermouth, and we cold smoke with wood chips from a pinot noir barrel, so it's kind of soft and delicate. The drink comes with a giant ice cube, of crystal clear ice, that we hand carve with a saw off the block.

You are actually sawing ice to order behind the bar?
Yeah. We have a giant block of ice front and center, right next to my well, and we pull out a 17-inch saw or an ice pick and chisel. People notice that. The thing that we've found is that it's a conversation starter. And when people see how much we care about the ice cube in their glass, it's sort of inferred that we care about the other things in your glass, what's on your plate, the ingredients we use. The level of care that's implied from that is a really wonderful thing.

You've got some great cocktail names, like "A Radish Walks Into a Bar…" Do you make those up?
I do. It's a process; every drink has its own story, its own lifespan. "A Radish Walks Into a Bar" is one of my favorite drinks I've ever come up with. I love puns; I love bad jokes. So it's a hat tip to that — to my silly sense of humor. The drink itself is really complex and layered. The radish component is homage to chef [Vitaly] Paley and his Iron Chef America victory, where radish was the secret ingredient. And for whatever reason, I've been doing a lot of savory drinks lately. A savory drink with food is just a magical pairing, it really heightens your senses and your palate.

And the punch line is…
It's a premise without a punch line. The idea behind the title was that each guest should create their own punch line. There's a good one that keeps coming up though. It's probably my favorite: A radish walks into a bar…the bartender says, "Hey, we have a drink named after you!"... And the radish says, "You have a drink named Steve?" [Laughs] The sillier the joke the funnier I think it is.

What's going through your mind on a super busy night?
A busy night behind the bar — especially at Imperial which seats about 150 people — when it's really going, it's all about court vision. It's about seeing the whole picture. You use little moments to scan and find your opportunities to engage with folks. There are a lot of moving parts, and I think when you do this for long enough, you start to see beyond what you're doing in the moment and to see a few steps ahead.

How about regulars?
We get a pretty loyal lunch crowd. People know they come in and won't have to wait. If they're having a three-martini lunch, they know it's going to be a really well-made martini. What's interesting for us at night, are the business travelers that come through Portland on a regular basis. We have a group of stunt men and women from the show Grimm that stay in Portland every couple of weeks, and they are the most fun people to be around. We've gotten to know them pretty well and they've become some of our favorite regulars. 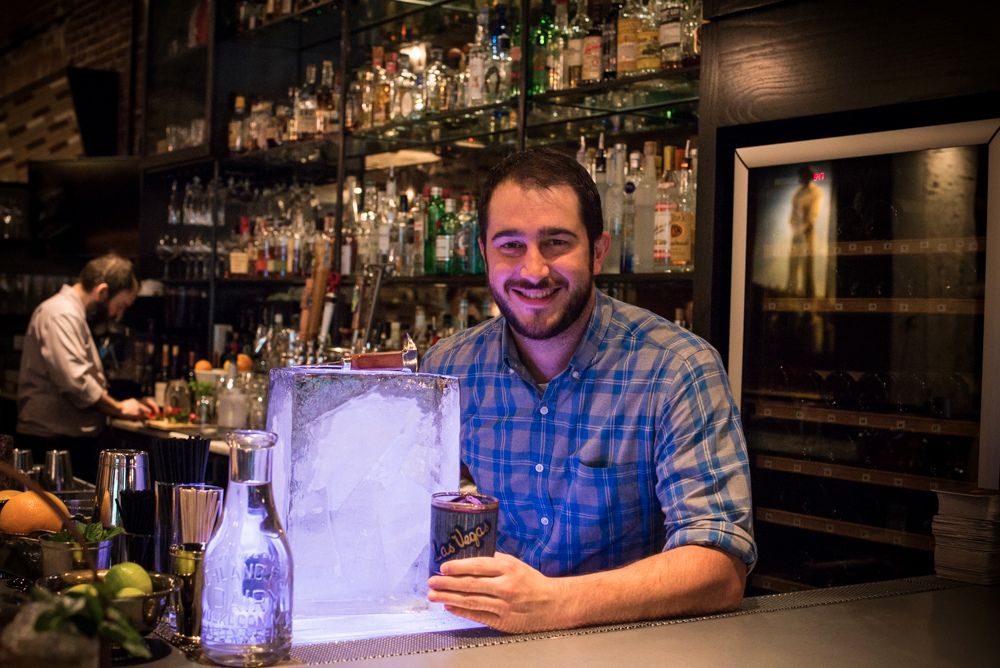 What about cutting people off, does that happen very much here?
I've worked in bar-bars that get a little more rowdy, but we're lucky at Imperial that we have a pretty polite clientele [Laughs] you know, that usually stay seated and respectful. Just last week though, I had a woman come in with a big group. We're busy, it's Saturday night, and they kind of bum-rushed us, all shouting drinks all at once. We started making them in the order we received them. This one woman felt like we didn't make hers before all of her friends, so she started raising her voice and making accusations. She started raising her voice just enough, that I finally came to the point where I had to say, "Miss, you're dangerously close to being cut off." She quieted down really quick, sat in her seat, and was very apologetic. At the end of the day, we all left friends, but I think that sometimes you have to let people know that you're in charge. My job, ultimately, is to serve responsibly.

What's your most important barkeeper tool?
When I first started bartending, the most important tool that I could have on my person was a lighter. This was back in the days when you could still smoke inside, and it was engrained in me quickly. If you saw from 15 seats away that someone was reaching for their pack of smokes, you dropped everything you were doing, and you ran over there and you had a lighter ready before they pulled that cigarette out. So that was a funny thing I had to learn back in the day.

What about personality wise?
The most important personality trait is compassion. To realize that everybody that sits down at your bar is coming from their own different place, they may be having a rough day; they may be having some stuff going on at home, or in their family. To make someone feel at home, to put yourself in their shoes, if only for a moment. That's what has really allowed me to make drinks for people well, I always try to make them the drink that I would want if I were sitting in their chair at that exact moment.
· All Previous Barkeepers Coverage [Eater PDX]
· All Previous Brandon Wise Coverage [Eater PDX]