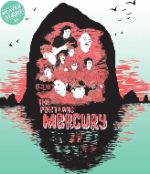 The Portland Mercury has named its new food critic: Andrea Damewood, whose byline has appeared in Willamette Week and The Columbian, announced herself as the incoming critic on Blogtown today. Damewood — who describes herself as "a mild-mannered civil servant by day and your judgy highness of all things tasty come suppertime" — takes over the post vacated by Chris Onstad in a "few weeks." [Blogtown]