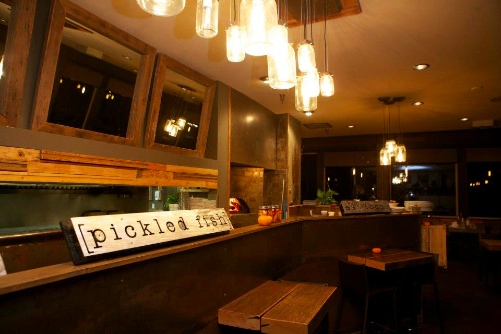 B.J. Smith is the executive chef/owner of NW 21st Avenue's Smokehouse 21, where he partners with local farmers Prairie Creek Farms and Cattail Creek to serve up serious barbecue. Prior to Smokehouse 21, Smith worked in the kitchens of many local and national restaurants, including Le Bernardin in New York City, Citrus in Los Angeles, and Paley's Place in Portland. When he's not manning his outdoor smoker, you can find Smith (and his girlfriend, Project Runway winner Michelle Lesniak) on the road or at the beach at one of their favorite Washington State haunts.

My girlfriend and I both have a lot going on these days and we like to get out of town to escape as much as possible. Pickled Fish in Long Beach, Washington is perfect for that. That's where we stuff our faces with great oysters, pizza, and a really good brunch. The restaurant is on the top of the Adrift Hotel, which is pretty cool also. After a few Old Fashioneds you can stumble down the hall to your room. It is great.