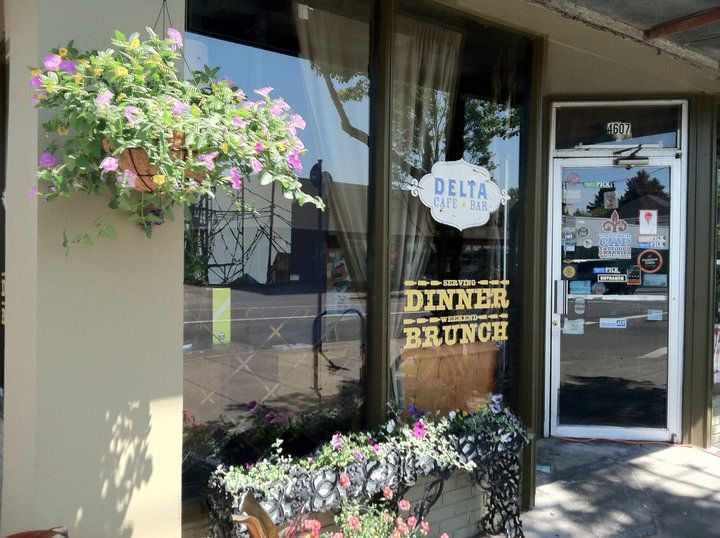 Raised in Canby, Oregon between a filbert orchard and an egg farm, Deschutes Brewery's executive chef Jill Ramseier started her passion for cooking high-volume comfort food at Portland's iconic Le Bistro Montage. An adventure soon landed Ramseier in the heart of the Midwest, where a pastry chef was sorely needed, so she worked her way from wedding cakes to artisan breads, eventually returning home and helping to open the Deschutes Brewery Public House. After setting up a 24/7 scratch baking program that turns out 36,000 of brewery's well-loved pretzels a year, she returned to her savory roots and became executive chef in 2013. And when she's not brewing, you can find Jill at her favorite southeast cafe digging into a plate of fritters.

The Delta Café on Woodstock: I love the funky glassware, the laid-back service, and most of all the black eyed pea fritters. I usually round it out with some kind of cheesy cornflake crusted casserole and an outrageously garlicky Caesar salad. It will probably be written into my wedding vows that I love my husband more than fritters — no small feat. In fact, I think that's how I knew he was the one, when he started bringing me fritters instead of flowers!