It's April 1, a joyous day for merrymakers and perhaps an irritating one for those with little patience for bad internet jokes. While Eater National keeps tabs on pranks across the restaurant universe, here's a look at some of the best Portland-centric ones so far:

1) Sizzle Pie's "parking ticket" pizzas: In what's becoming a fun annual tradition, Sizzle Pie outdoes all Internet joking with a legit prank: The pizzeria is peppering Portland with windshield flyers that look like city parking tickets but are actually coupons for a free slice of pizza. (Check out the ticket design here.) This year, the crew has announced the prank on Facebook — saying they're "doing fake parking tickets all over the city" — so perhaps today's a good day to find an orange envelope on your car. [EaterWire]

2) Pineapple at Baby Doll Pizza: The proprietors of SE Stark's Baby Doll Pizza are apparently very anti-pineapple topping, because it's only available on the menu on April 1 every year. The pizzeria confirms it's legit: Pineapple pizza is on the menu today by the slice or full pie, as part of a ham-and-pineapple combination. [EaterWire] 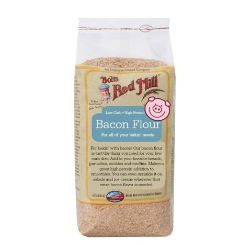 5) Killer Burger runs out of bacon: Maybe it all went to the mills? The bacon-heavy Killer Burger announced today that because "bacon costs have exploded," they're holding a contest to "suggest the thing to replace bacon on our burgers." The "winner" gets a lifetime supply of non-baconed Killer Burger; the post has received some legitimate responses suggesting everything from turkey bacon to avocados. [EaterWire]