Meet the Duo Behind Hip-Hop Pizza Night at Ned Ludd

Share All sharing options for: Meet the Duo Behind Hip-Hop Pizza Night at Ned Ludd 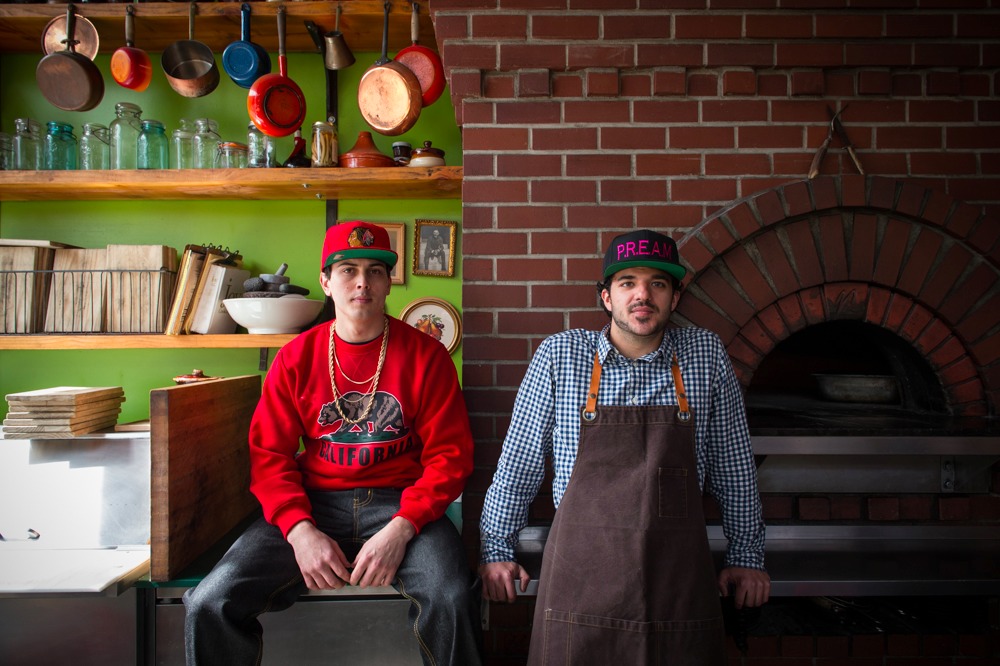 Once a week, chef Jason French hands his restaurant, Ned Ludd, over to 20-somethings, line cook Nick Ford and server Brandon Gomez. And what do they do with that privilege? They blast hip-hop and make pizza. The whole story sounds a little bit like a premise to an '80s movie: two young dudes both recently back from the East Coast meet in Portland while working at a fancy restaurant, they become fast friends realizing they both love '80s hip-hop music (cue the montage of making playlists, looking for vinyl, testing out dough recipes, and trying on brightly colored clothes at the mall). They want to prove themselves to older, wiser boss (played by French). And they strive to show him just how serious they are in the kitchen, and for the movie purposes, on the dance floor.

And the ending couldn't be more picture perfect. Monday pizza nights at Ned Ludd are laid-back with funky beats, delicate and flavorful salads, and a pizza dough that is spot-on. Eater caught up with the team behind P.R.E.A.M. (the acronym stands for Pizza Rules Everything Around Me — a nod to a the 1993 song "C.R.E.A.M." by the Wu-Tang Clan) and chatted about their hip-hop playlists, digging for old-school albums, and unexpected head bopping. Also, a cameo by chef French on why more restaurateurs should consider pop-ups.

How did the idea for an '80s hip-hop pizza night come about?
NF: This July will be a year for me of working here. When I first moved out from New York, I took a small gig making pizza, and it kind of stuck with me. I've always liked pizza and felt that it's the perfect vehicle for fresh ingredients. Looking at pizza is like looking at a plate. It needs a certain amount of sauce, a certain amount of ingredients, a certain amount of technique and care put into it. It's a vehicle for all of that. When the whole thing came about — Brandon and I had already been talking about it — I brought up the idea to Jason. And then Jason had the idea about the red and white checkered tablecloths, and I was like, "Yeah, we should have '80s hip-hop playing, and have it be loud and fun and in your face. Just like the exact opposite of Ned Ludd."
BG: It's a privilege to be this young... and get to do whatever we want on Monday nights: It's like being at a playground. We say, "What do you want to do tonight? Let's do this." And then we get the go ahead with it. And it feels like an honor. I mean, we're 25 and 24. Being this young and being able to take over a restaurant? That's love, trust, and respect in my mind. And this place is already established.
NF: Jason didn't have to do this.
BG: He didn't have to do this. His place is doing fine. Also, it's a transformation. If somebody walks by and they're like, "Oh, I want to go to Ned Ludd," and they walk in and there's tablecloths and blasting music, they might be like, "Wait, where's my Ned Ludd?" I've never heard of that: "I'm going to let these kids take over my restaurant and do something fresh and new and see what happens." It's amazing.

Chef Jason French popped over at this moment:

JF: There's no reason why this shouldn't happen more often. It's investing in the staff and investing in you. The enthusiasm, the effort, and the energy that these guys have put into it, effects me really deeply, because I know that this place is helping do more than just pay the bills. I think it's a greater good that any institution should have. And a lot of this is just taking the cue from places like Sitka & Spruce in Seattle, where one of their floor managers does Taco Monday. This is like the mildest form of an artistic investment of the creativity of your staff, to let them have their expression and sense of freedom in the work environment. It creates, for me, such harmony within the existence of the restaurant. 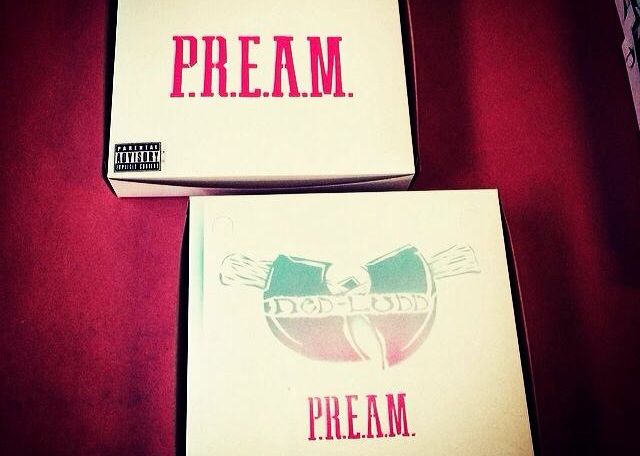 So why pizza and hip-hop, what's the correlation there?
NF: Pizza and hip-hop have always gone hand and hand. It's also being super East Coast and super '80s, that's when pizzerias were big. Spike Lee's Do the Right Thing was based off of a Brooklyn pizzeria, and there was just so much hip-hop in that movie — I mean, it's Spike Lee. But that also was the time of breakdancing coming out, street art was making its way out to the scene. I feel like that is all intertwined.
BG: It's like the place to hang out: A pizzeria playing '80s hip-hop, you go in with all your friends, after school, after work and everybody's just hanging out. You know, Teenage Mutant Ninja Turtles, '80s, pizza, hip-hop, it's all there.

Have you both always been into hip-hop?
BG: My '80s hip-hop influence comes from before birth. I was in the womb. [Laughs] But really, my mother was 17, so she was listening to Salt-N-Pepa, Too Short, Slick Rick, Kool Moe Dee, all those guys. It's a part of me; it's a part of my DNA. I was born in '88, he was born in '89, so most of these albums were born in that same year. So years later, when I'm searching out music, it makes perfect sense. They just hit and click.

Do you remember your first album?
NF: The Notorious B.I.G.'s Ready to Die, which was quickly replaced by my mom with the edited version from Walmart. [Laughs]
BG: Because my mom loved '80s pop music, she just always had all her CDs out and I would dig through them. Some rock and roll, but mostly pop: Mariah Carey, Whitney Houston, Michael Jackson, all of that stuff.

And toppings and such?
NF: We're not open for regular service on Monday and Tuesday — that was also part of why we started doing this, to get to use all of the great product that we have here, all these great local and farm fresh ingredients. It's always been fun working dinner service and talking with chef about what product we have left, what we can move around, and what we can do on Monday.

Have there been some haters? Like saying the music is too loud or inappropriate?
NF: It's just been a great response from everybody in general. I really thought a lot of people would ask to turn the music down, but so far only like three people have asked. People you wouldn't think would be into it, are into it. We had a bet going one night. There were these three guys in suits, having a bottle of wine and a great time, but not really reacting to the music. They looked like the type that might ask to turn the music down or say it was too loud, but at the end one of the guys was bopping his head on his way out and was really into it. Also, the five o'clock hour is a lot more family oriented, so we play a little cleaner music then, the popular stuff that can be more family-friendly. That's how the playlists that Brandon creates work with a progression from family-friendly stuff to adult-friendly stuff on the later end. 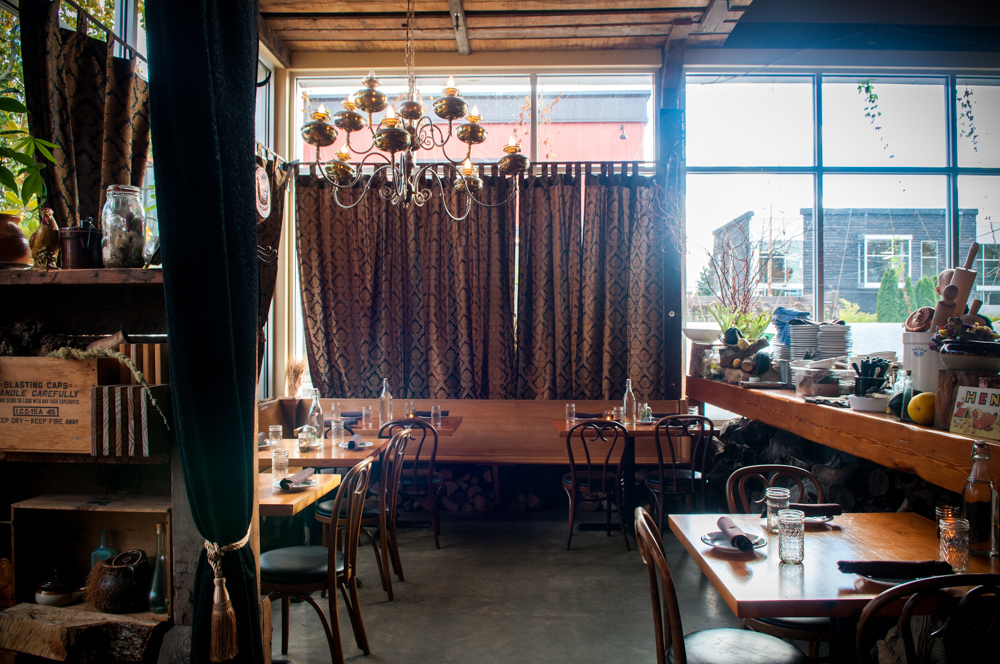 How do you put the playlists together?
NF: We started off doing the playlists together at home. After work we would just go and sit there for hours, go through Spotify, YouTube, and Pandora and find what was really hitting and what was fun and just putting ourselves in it, the stuff that makes you want to move. We recently started collecting some vinyl from 360 downtown.
BG: We are going to try and mix it in, we have such a big digital playlist, and such a small crate of vinyl at the moment, that we are trying to find some more of the rare albums on vinyl and add it in. We want to keep it fresh, and changing. We're trying to find stuff that we've never heard of.

If you have to narrow it down, can you pick a favorite artist?
NF: Pete Rock & CL Smooth, Eric B. and Rakim, KRS-One, Run-D.M.C., Beastie Boys, Grandmaster Flash, Apache, it goes on, favorite is so hard to say…
BG: It's so hard, because you'll find a new artist that you've never heard. Even last night I found a couple albums. They were sampling in a style that wasn't being popularized until much later. So that might be a favorite at the moment. There's this one [group] called 3rd Base that I just discovered recently. They're one of my recent favorites.
NF: There's just so much. It's not like music now, where you hear about this guy coming out because he has great PR. These guys were just doing it back in the day. Just to be able to discover that.
BG: It is a little bit like digging and you are literally uncovering a treasure chest, you open it up and you're like, "Nobody has heard of this guy? Why has no one heard of this guy?"
NF: And we bought so many albums the other day just based off of the album covers. Not even because we'd heard the name or we knew who it was. We're like, "Dude, look at this outfit this guy is wearing! We have to buy this." Bright colors, leather, super flashy, no-lace Adidas.
BG: Outlandish, eccentric, flamboyant. It's like, "I don't care what you think about me, this is who I am, this is what I'm going to do. Nice chains, thank you, I think they're very nice, too." That's the whole hip-hop attitude, love me for who I am.

Want to listen in on Ford and Gomez's playlist? Head over to their Pizza Night Spotify playlist.
· All Previous On the Records [Eater PDX]
· All Previous Ned Ludd Coverage on Eater [-E-]