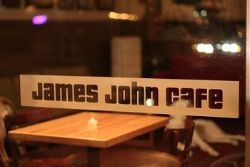 Restaurateur and developer Dayna McErlean grew up on Staten Island, NY and moved to Portland in 1995. In 1999, McErlean bought a dilapidated building in the Concordia neighborhood and began the six-year process of gutting, redesigning, and completely rebuilding the site — it's now home to her Japanese izakaya Yakuza. McErlean soon followed that up by building and financing the space that would become Beast; later, she expanded up the street with the Italian restaurant DOC. In 2012, McErlean branched outside her NE four corners with the opening of Dash, a 500-square-foot commercial commissary kitchen, and in 2013, she followed with St. Johns's multi-use space the Colony.

McErlean's newest restaurant is Nonna, a casual tavern next door to DOC, and she's about to open her next one in the former site of Leo's Non-Smoking Coffee Shop (more on that here). But in the mornings you might find her, alongside her son Bishop, at her favorite St. Johns breakfast spot or on her own late at night down the street at Slim's.

My favorite brunch spot in town is James John Cafe in St Johns. I always get two perfectly poached eggs, a side of really good sausage, a side of greens and a small, delicious salad. Their sweet potato hash is also excellent, as is everything coming out of [owner] Suzanne's [Bozarth] kitchen. It's truly one of Portland's best hidden gems. I also love the steak salad at Slim's. It is also in St. Johns, and a delightfully seedy dive bar with surprisingly great food.