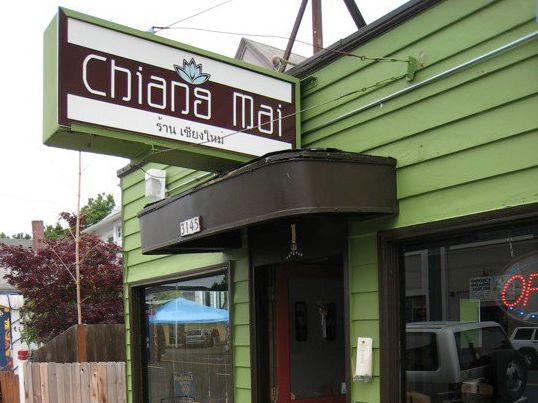 Brent Braun is a Level 2 Certified Sommelier at Levant, the French-Arabesque restaurant serving modern Middle Eastern dishes in the heart of Portland. After moving to Portland in 2009, Braun started working at Thirst Wine Bar, assisting with the extensive Pacific Northwest-focused wine list; a list that was awarded a Wine Spectator Award of Excellence. At that time, the multi-tasker simultaneously worked in nearly every aspect of the wine industry — retail at Portland Wine Merchants, wholesaling Jeff Welburn Selections, and volunteering time at Enso Winery. When Braun is not drinking wine or tasting for the always-evolving wine list, he enjoys playing music, drinking sake with his girlfriend and dining at his favorite Thai restaurant, Chiang Mai.

Chiang Mai gets forgotten in the conversation of the cities most interesting Thai joints. They have a huge "Northern Thai Specialties" menu and everything on it is awesome. They do a Khao Tod Naem Kook, which is a sour pork sausage dish with crispy rice, shallots and peanuts that is amongst the best dishes in the whole city. Their Khao Soi Gai is a winter staple for me and the dish holds a special place in my heart being the first Thai dish that I fell in love with.

Anyone who comes to Levant knows that I am a huge Riesling dork and this food is quintessential Riesling cuisine: spicy, salty, sweet, and acidic. Unfortunately, they don't have much as far as a wine program so I usually bring my own. When I go for lunch, I usually drink Beer Chang which has a hint of sweetness on the finish and is a bit more malty than other Asian lagers. It's perfect for all their crazy pork concoctions.