As the weather grows cooler, Eater will be continually checking in on some of summer's most anticipated restaurant openings. Here now, an update about Renata, which was originally set to open this summer in Southeast: 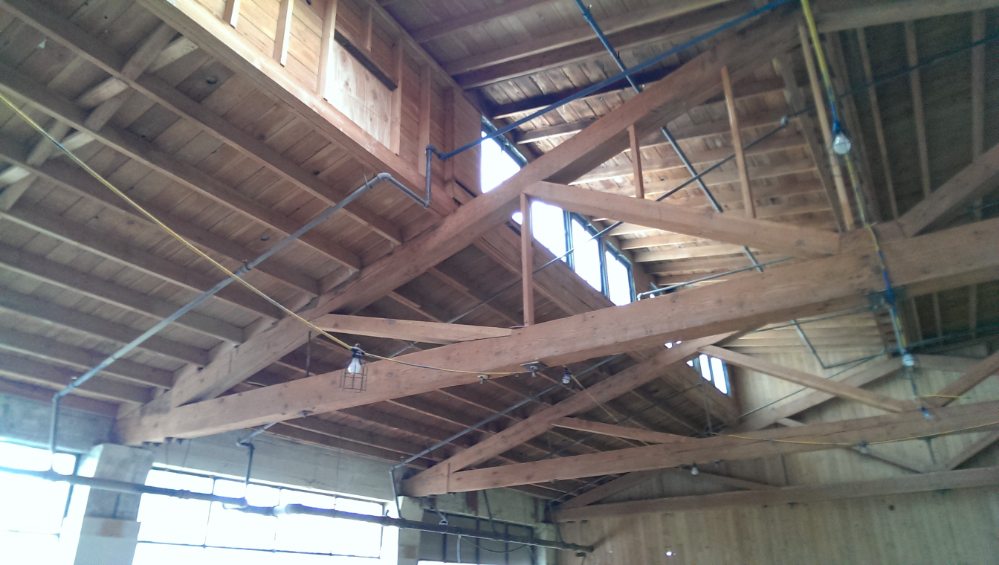 Those hoping for Nick Arnerich and team's wood-fired Renata this summer will have to wait for cooler months: Construction on the restaurant's 4,000-square-foot space on SE Main Street just got underway, and according to Arnerich, the team is now hoping for an October 2014 debut. "Construction has started, but because of the nature of this building, we slowed things down to make sure we got it right," Arnerich says. In mid-April, Arnerich wrapped up his series of Project Grace pop-ups to prepare for the restaurant buildout, which will combine an urban creamery, restaurant space, and retail area all under one roof.

Here now, Arnerich reveals more details about the project and its in-house sheep's milk dairy operation, Ancient Heritage Dairy, where 21-year-old Hank Obringer serves as head cheesemaker. "It's so fucking cool," Arnerich says. "We're going to push the limit. Hank, at 21 years old, is one of the most amazing cheese makers — the new stuff he's doing, the [blended milk] Isabella and Sofia [a Tallegio-style cheese], are just amazing cheeses. He pushes himself, and I think there's going to be a relationship there that's going to be awesome."

1) San Francisco's Salumeria provides the inspiration for Renata's 350-square-foot retail shop, which will offer 20 cheeses total: 10 from the dairy and a rotating selection of national and international varieties (a glass window will allow shoppers to peer into the cheese making room, where Obringer and his small staff craft everything by hand). The shelves will also stock fresh bread and pasta made in-house. In the evenings, the restaurant will convert the store into a 12-to-14-seat private dining room, with retail items removed from a large central table that will double as a communal dining space.

2) While the Project Grace pop-ups played with the cuisine from different regions of Italy, only some of the pastas will crossover onto the Renata menu, which focuses completely on wood-fired dishes, plus charcuterie and cheese. "Everything's cooked with fire except the pastas," Arnerich says, with plans to offer items like grilled steaks, whole fish, and grilled clams cooked "in a really old-school way." But the pop-ups did help the Renata team define what diners are looking for: "We learned a lot about what people gravitated to," Arnerich says. "We learned that having familiarity [in menu items] — comfort — was something that was really important."

3) The 75-seat restaurant will be built around a "very big hearth," which will provide the restaurant's visual focal point. Expect a semi-open kitchen and wood-fired oven to hammer home a casual, energetic vibe. "When you walk in, it's not going to feel 'Italian' — it's going to have the femininity of Italian design, and there will be some Italian design elements — but it's not going to have a lot of straight lines," Arnerich says. "It's going to be unexpected... we don't take ourselves too seriously."

4) Of course, cheese will factory heavily on the Renata menu, in what Arnerich calls a "symbiotic" relationship between the two spaces. "There's always a place for Parmigiano and Pecorino in Italian food, and sometimes you can't substitute those two cheeses anywhere, but where we can, we will use Ancient Heritage Dairy products," he says. Expect sheep's milk whey to show up in fresh ricotta and pasta fillings; Ancient Heritage will plan to experiment with a Pecorino-style cheese.
· All Previous Renata Coverage [Eater PDX]