Share All sharing options for: Portland's Nine Best Booze Events: May and June 2014

You might be busy cleaning out those messy cabinets and closets, but let's just say springtime in Portland is no time to start a whole body cleanse: after all that rearranging and trips to Goodwill, you're going to need an adult beverage. Thankfully, beer, wine, cider, cocktail, and sake events abound: Here now, nine of the season's best booze events, aka those shindigs to get the pre-summer games going.

Memorial Weekend in Wine Country
When: May 24-26
Where: Participating wineries in the Willamette Valley
What: As you might already know, May is "Wine Month" in Oregon, so why not finish it off like a boss with a weekend of wine tasting (many limited releases will be available), live music, and chatting with wine makers? With more than 150 wineries participating, get your palate ready for comparing Pinot: Perhaps you'll start with Domaine Serene (its Evenstad Reserve Pinot Noir was awarded the third-best wine in the world last year by Wine Spectator).
Cost: Tasting fees range from free to $25

Cheers to Belgian Beers
When: May 30 and 31
Where: Metalcraft Fabrication, 723 N Tillamook St.
What: For the eighth year in a row, Oregon brewers will showcase their Belgian beer making skills at this two-day festival. Be ready to talk yeast (this year it's specifically the Leuven pale ale strain) and fermentation processes with some the biggest beer nerds in the city. Philly cheesesteaks from Steakadelphia and pretzels and brats from Urban German will provide the padding to all that Tripel and Dubbel drinking you'll be doing.
Cost: Admission is free, but $15 gets you a glass and five tasting tickets. Additional tastes are a buck.

Negroni Week
When: June 2-8
Where: A ton of bars and restaurants
What: Here's to drinking for charity! During Negroni Week, you'll see many bartenders around town making special Campari-related cocktails for the greater good, and each restaurant picked the charity they'd like to support. Here's just a few local favorites involved: Racion, Radar, Raven and Rose, and Rum Club — and that just covers the letter Rs. (The full list of participating bars can be found here.)
Cost: Varies from bar to bar

Fruit Beer Festival
When: June 7 and 8
Where: Burnside Brewing Co. and 7th Street, 701 E Burnside St.
What: Nothing says springtime like a beer laced with some fruity goodness. Try the sweet and dry brews from many local favorites, including Breakside, Commons, Gigantic, and many more (even a cidery or two is getting in on the fruitastic action). This is an all-ages event, outside in the lovely sun, and with the 12 drink tickets included in the tasting package, you might just find the beer you'll drink all summer.
Cost: General admission $20 for a glass and 12 drink tickets; VIP $30. 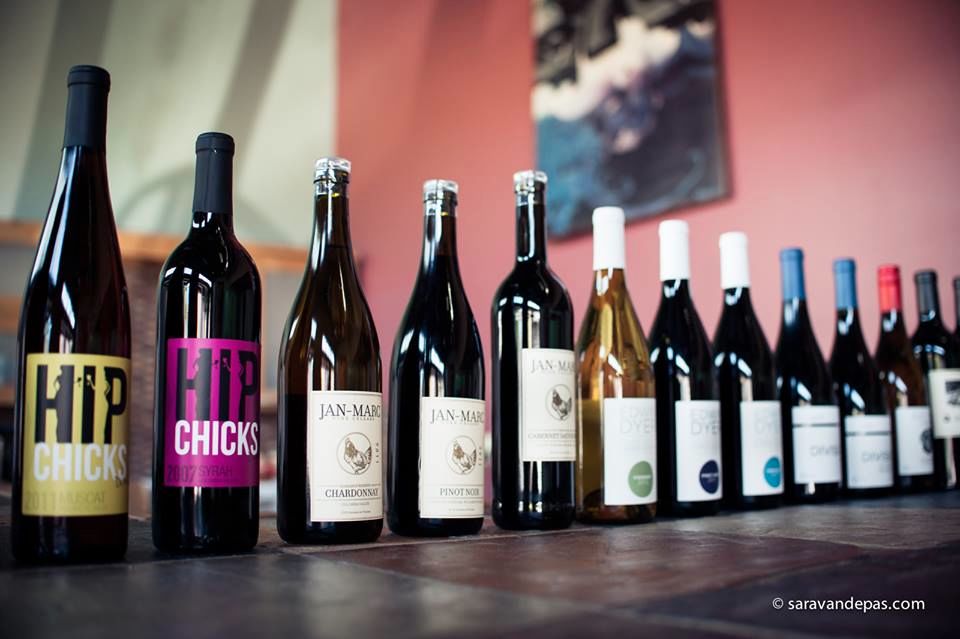 PDX Urban Wine Experience
When: June 8, 3-6p.m.
Where: Refuge PDX, 116 SE Yamhill St.
What: Something about adding the word "urban" to a winery makes it sound way cooler, don't you think? See what all the fuss is about at the PDX Urban Wine Experience, where member wineries from the SE Wine Collective join seven other local winemakers to each pour tastes of two or three wines. Discounts on bottle prices are available and food will be provided by Crown Paella.
Cost: $32 in advance, $40 at the door

Rye Beer Fest
When: June 13, 4p.m. to 2a.m.
Where: The Eastburn, 1800 E Burnside St.
What: The best way to celebrate rye beers is to drink 'em. And at the Rye Beer Fest (part of Portland Beer Week), you can sample more than 20 from Oregon breweries like Fort George, Base Camp, Burnside, and many more. "Rye-themed" food options are available for pairing, a few cocktails (mixed with rye whiskey, of course) will be poured, and live music makes the whole thing festive.
Cost: No entry fee; pricing for tastes still TBD

Cider Summit
When: June 20 and 21
Where: Fields Neighborhood Park, NW 10th and Overton
What: Check out the fastest-growing beverage market in the country at Cider Summit, which will feature more than 120 ciders to taste from Oregon to England (and many in between). Aside from possible hoards of gluten intolerances, this event is 21 and up, so you'll enjoy your drinks (by the likes of Bushwhacker Cider, Alpenfire, and Bull Run Cider) in the company of adults. Food will be provided by World Foods and St. Honore, along with desserts from Smitten truffles and ZZZ Ice Cream.
Cost: $25 in advance (or $30 at the door) for a tasting glass and eight tickets. VIP entry, which includes early admission and an additional four tastes, is $35.

Sake Fest
When: June 26, 6:30-9p.m.
Where: The Sentinel Hotel, 614 SW 11th Ave.
What: At Sake Fest you don't need to worry about having enough drink tickets, you just get to taste sake to your heart's content — that is, as long as you can hold it together. Try samples (more than 130 total) from Oregon's Sake One and Momokawa, Japan's Yoshinogawa and Hakushika, and tons more. Food is also included in the ticket pricing, from places like Yama, Miho Izakaya, and Biwa.
Cost: $50 in advance, $60 at the door

North American Organic Brewers Festival
When: June 26-29
Where: Overlook Park, 1599 N Fremont St
What: This festival turns 10 this year, so they must be doing something right (that "something" is offering more than 60 beers and ciders to try — all made organically and by using sustainable practices). And you won't be seeing any red Solos here: The tasting cups are all "reusable and compostable cornstarch glasses made from domestically grown corn by a zero-waste, solar-powered company." It's the most guilt-free drinking you'll do all year.
Cost: Admission is free, $6 tasting cup and $1 tasting tokens available.
· All Adventures in Drinking Coverage [Eater PDX]