Share All sharing options for: Two Takes on Langbaan; Brooks on Bollywood Theater

In an "unofficial" (read: unstarred) review, the Oregonian's Michael Russell raves about Earl Ninsom's hidden, tasting-menu-only Langbaan, calling it "the most original Portland Thai restaurant in half a decade." Naturally, there's a comparison to that other groundbreaking Thai restaurant, Pok Pok, and while Andy Ricker's empire brings the bold flavors of street food, Langbaan provides the "regal, refined" contrast.

Over the course of an April tasting menu (each month's offerings change), Russell marvels in the "ethereal flavors" cooked up by Ninsom and Rassamee Ruaysuntia: a soup featuring meat-stuffed octopus was like "a tasty Thai Turducken," mussels and jackfruit in coconut broth featured an "impossible depth of flavor." Ultimately: "Langbaan's food might be rooted in history, but for Portland, it feels brand new." [OregonLive]

Meanwhile, WWeek has similar praise to bestow upon Langbaan, filing a review after experiencing both the March and April menus. Matthew Korfhage shares the excitement (and Pok Pok comparisons), with the word "intense" offering a recurring theme. A menu opener of shrimp and pomelo served in a betel leaf "doesn't so much cleanse the palate as prime it for a show, like a bite before a kiss." A lobster and pennywort dish shows off the kitchen's ability to balance flavors: "The flavors and textures are each present singly, but play intensely off the others — a bit like a harmony with one note a half-step sharp (the pennywort, in this case) that calls all the other notes into piercing relief."

There are a couple concerns: Wine pairings "don't always complement" the dishes that arrive, and not all plates earn their $40 or $60 prix fixe price tag: a Dungeness crab add-on "wilted into sweet curry." But: "If you're willing to let the budget be damned, it's the most exciting Thai dinner in Portland." [WW] 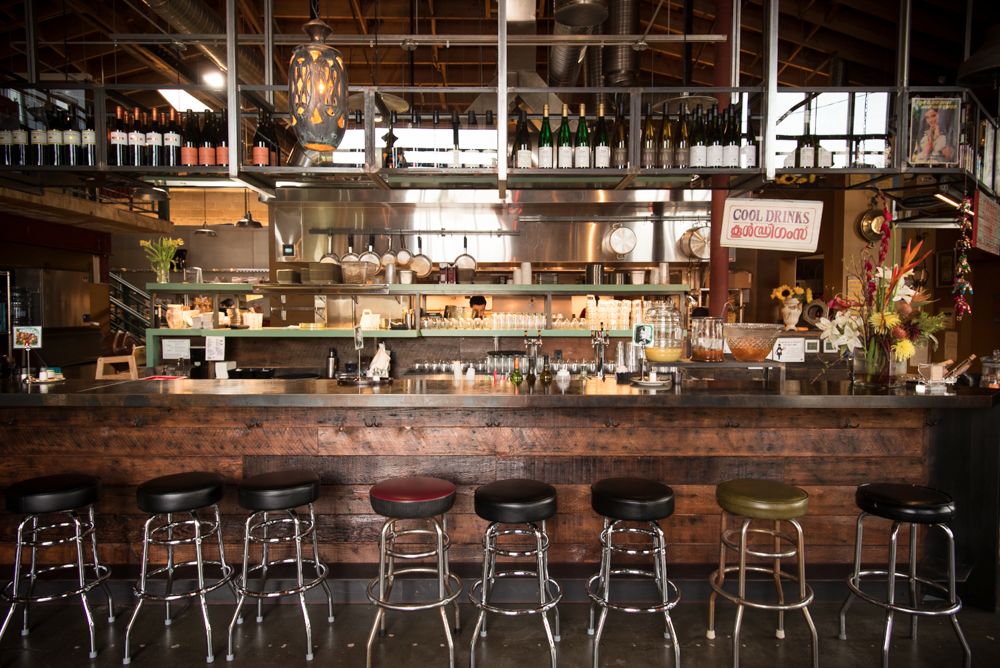 Portland Monthly's Karen Brooks visits the SE Division location of Bollywood Theater, finding a restaurant that "pushes the potential" of chef Troy MacLarty's NE Alberta original. Brooks's go-to dishes: pork vindaloo described as a "revelation" similar to "barbecue from another planet," samosas that "come on like Indian biscuits and gravy," and a parade of Mumbai street-food snacks.

But be careful: Potatoes and chutneys are recurring themes, to the point of eliciting a zombie reference and a warning that "careful ordering is the X factor here — it's what separates an India soul-food meal from a heavy, hippie potluck at the Wavy Gravy farm." But ultimately, Brooks is excited to see MacLarty branch out and turn his concept into a blockbuster: "To eat here is to find yourself in a movie within a movie within a movie, and it's hard to tell where India begins and Bollywood Theater ends." [Portland Monthly]
· All Previous Weeks in Review [Eater PDX]