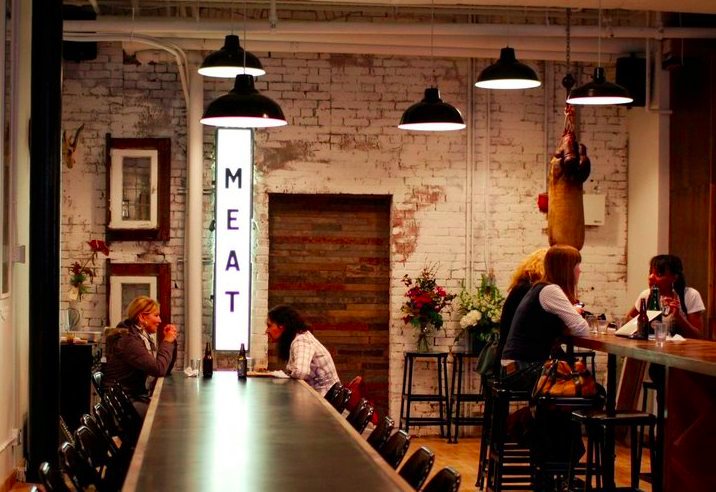 SEATTLE— If the rumors are true, Vancouver's perpetually packed Meat & Bread — not to be confused with PDX's Meat Cheese Bread — will soon be serving its porchetta sandwiches on Seattle's Capitol Hill. The restaurant's first U.S. outpost will share space in the Central Agency building with John Sundstrom's Lark, Bitter/Raw, and Slab Sandwich + Pie. Construction on the building is slated to be complete this fall. [ESEA]

VANCOUVER— If you love football (or if you prefer, soccer), you must be in heaven right now with the FIFA World Cup in full swing. if you're heading to the city, there is no need to miss out because Eater Vancouver has picked out some great places to watch all the matches. Aside from football, nothing inspires more passion than food and music, so EVAN launched a brand-new feature this week, putting the two subjects together: First up, they talk to La Pentola/Cinara's chef Lucais Syme about what he and his cooks listen to in the kitchen while they get ready for service. [EVAN]

SEATTLE— "To pay my staff more, I need to either buy worse food or raise my prices, and I'm not willing to start buying commodity meats or fish from larger, questionably managed fisheries": Restaurant owners weigh in on last week's decision by the Seattle City Council to raise the Seattle minimum wage to $15 an hour. Read what Angela Stowell, Brendan McGill, and others have to say about how the change will affect the Seattle dining scene. [ESEA]

VANCOUVER— Although their bid for $50,000 on the crowd-funded Indiegogo site failed, the dream of Kitty Corner is going to become a reality,putting Vancouver in the lead to become the first North American city with a permanent cat cafe. In other exciting news, the city is about to get its first dedicated crème brûlée and liège waffle bar, Crackle Creme (pronounced Crack LE Creme) which opens this weekend.