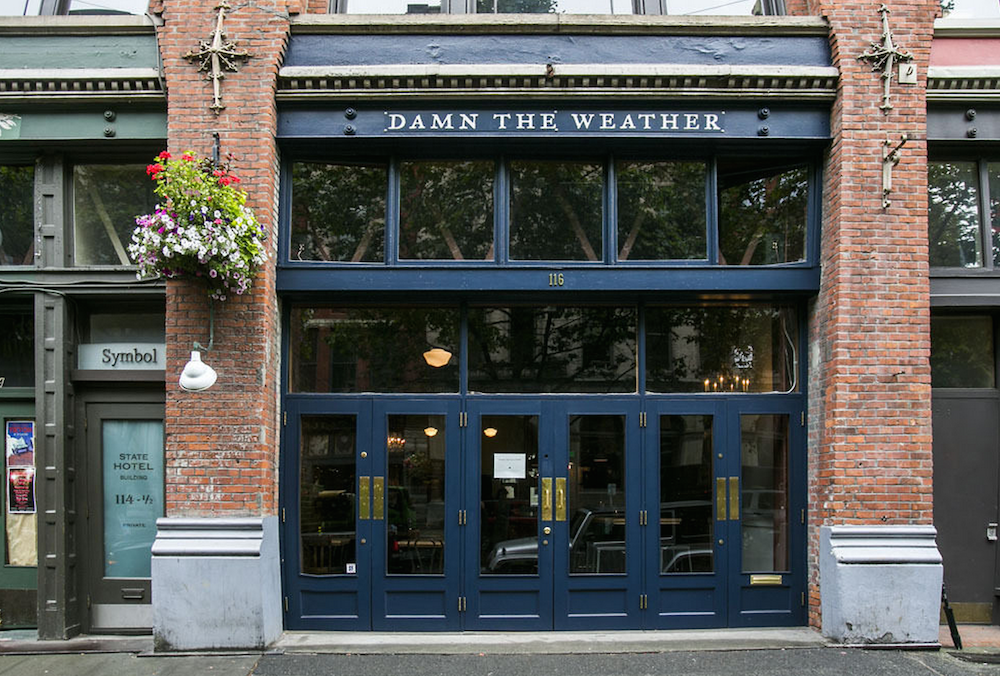 SEATTLE— Damn the Weather, the highly anticipated cocktail bar with a menu from The Walrus and the Carpenter alum Eli Dahlin that's as interesting as its drink list, launched in Pioneer Square this week. Look inside the new space from (former) founding Fleet Foxes member Bryn Lumsden. [ESEA]

VANCOUVER —Just in case cocktails were feeling left in the shade, Eater Vancouver gave the cocktail heatmap a refresh so now your challenge is to see how many of these 23 splendid bars and restaurants you can visit. Continuing in its series on music and chefs, the line cooks at Chambar decided to stage a photo shoot with flames and guitars to tell Eater all about how they like to get sensitive while they 'artfully prep their sexy food.' Go to it, guys. [EVAN]

SEATTLE— If you've had dinner in Seattle, chances are you've eaten in one of Ethan Stowell's ten restaurants. If not, Chippy's just opened and it's as good a place as any to start. The chef/restauranteur is an avid cookbook collector, with around 2,000 titles spread between his home, restaurants, and storage. Eater talks with Stowell about his favorites. [ESEA]
· All Previous CascadiaWire Coverage [Eater PDX]

VANCOUVER —It's been a craft beer bonanza kind of week in Vancouver, with Postmark Brewery opening its doors at the Settlement Building — which is also home to the Vancouver Urban Winery and Heatmap favorite, the Belgard Kitchen: Come and take a look around. Meanwhile, Postmark's master brewer, Craig Noble also just finished touring the US with his brewing documentary CRAFT: He wrote a great Eater Essay for us on how craft beer has taken over his life. [EVAN]