Share All sharing options for: The Library's Alan Davis on Highland Stillhouse 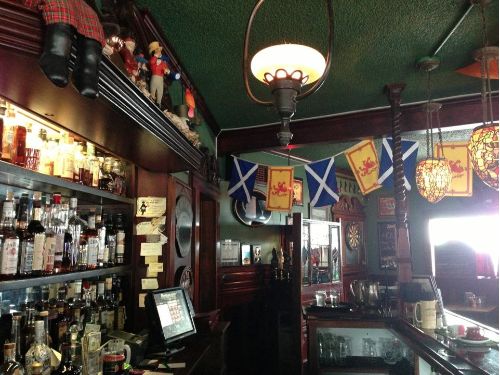 Photo of Highland Stillhouse courtesy Ryan B. via Foursquare

Alan Davis is the owner-operator of Produce Row Café, the landmark restaurant bar founded in 1974, and 2013's new favorite watering hole, Multnomah Whiskey Library. Although he was born in Portland, Alan grew up in Los Angeles and moved back to Portland in 2007, where the majority of his family resides. In the years before multiple-bar owning, Davis held jobs in art and design (he started his career at Warner Brothers Records) and clinical social work, the latter primarily focused on school-age children. But these days, Davis's focus is on his 2-½-year-old son Mason and, of course, brown liquor: He's a big supporter of another whisky joint in Oregon City, the Highland Stillhouse.

I encourage any and everyone who likes whisky to spend some time at The Highland Stillhouse in Oregon City. Owners Mick and Tammy Secor, two of the warmest people on the planet, created an inspiring gem down there. There is too much to describe about why the Stillhouse is amazing. It has an unparalleled selection of Scotch, great food, and a warm and knowledgeable family of bartenders and servers. They literally shipped the entire interior over from the UK; couldn't be more authentic: Not to mention an awesome patio view of the old paper mill. Just go.

Salt & Straw Will Open Locations in Eugene and Beaverton

Will Voodoo Doughnut Be Forced to Rehire Employees Who Walked Out During Historic Heat Wave?