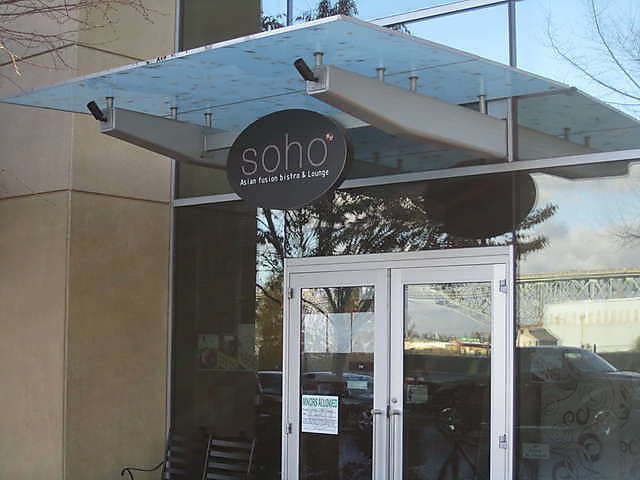 1) South Waterfront: A new gastropub is slated for the former Soho Asian Fusion space on the S. Waterfront: The Portland Business Journal reports owner Amee Finigan plans to open the Groaning Board, the neighborhood's first pub, offering "American comfort food" alongside a half-dozen beers on tap. Finigan tells the PBJ she's currently looking for a chef, but early plans are to serve lunch through dinner, plus Sunday brunch. Projected opening: fall 2014. [PBJ]

2) South Waterfront: Meanwhile, in the nearby Ardea building, another booze option for Waterfront residents will emerge in Muselet, a restaurant/wine bar/bottleshop that provides an "expression of the relationship between food and wine."
According to UrbanWorks, the wine list at the 80-seat restaurant will focus on "Champagnes and regional sparkling wines," with owner Ron Acierto also serving as wine steward. Projected opening: October 2014. [UrbanWorks]
· All Previous Plywood Reports [Eater PDX]
· All Previous South Waterfront Coverage [Eater PDX]