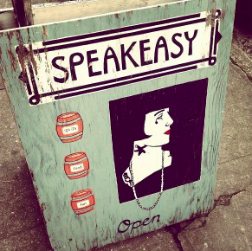 Aaron Adams is one hell of a storyteller. While recounting the details of his long culinary career — which started at the age of 17 as the "executive dish dog" at a steakhouse in Seattle — Adams unleashes anecdotes about rat-infested kitchens ("I remember throwing a stale piece of bread at a particularly brazen rat that stumbled on the line"), the laziness of chefs ("you can actually buy potatoes pre-peeled in sacks of water"), and executive chefs who were "busy guzzling an entire pitcher of Long Island Ice Tea on the line." After a stint in Miami Vitamix-ing guava beurre blanc, Adams moved to NYC, working under David Burke at Park Avenue Cafe, but returned to Florida post-9/11 "to open my first failure," he says. "I learned the importance of figuring out your demographic and networking within a community before opening a business. I did neither of those things. I put on my city slicker asshole hat and opened a fucking five-course degustation only restaurant in the middle of an island in the St. John's River. Jesus."

Finally, Adams made his way to our neck of the culinary woods, and became vegan. "I started working in the bike industry for a bit, figuring that, as a vegan, my cooking career was over... But the kitchen soon called me back." In 2008, Adams and his partner, Dinae Horne, opened Portobello Vegan Trattoria inside Cellar Door, his brother's coffee shop. "They'd close around 4:30p.m., and we'd hurriedly throw together a dining room and try to pretend we were a restaurant," Adams says now. "It was fun! I think my brother and I only had a handful of physical fights." Portobello then moved to its current location on SE Division, where Adams "floated many checks to buy food and prayed to sweet baby Jesus that's we'd stay open. It worked, and we're still here." Here now, Adams shares his super-cheap vegan taco hookup, at the unassuming Speakeasy in Southeast Portland:

It's hard to say what my favorite spot to dine/drink in Portland is. I find myself mostly enjoying food left from people's plates in the bus tub, or cello wrapped sandwiches from Food Fight Grocery. And while the place I most frequently find myself purchasing comestibles from is Sweetpea Bakery, the place I'd call home away from home is Gil's Speakeasy. Where else can one get THREE VEGAN TACOS FOR ONE FUCKING DOLLAR on a Monday night with Cocksparrer on jukebox or my loud and friendly buddy Chazz "No Decaf" Madrigal yelling out Bingo? Nowhere. That's where. I have never eaten anything else from the Speak's menu, as nothing else is vegan, but the nice lady in the kitchen did make me a salad that did it's job the other night. Anyway, let me describe a Speak Vegan Taco to you: three golden, crisp hard shells, stuffed with greasy TVP, iceberg lettuce, and unseasoned, diced tomatoes. The most important seasoning to enjoying Speak Vegan Tacos is drunkenness. Apply liberally.